The second day in Logrono (the first day of the #DWCC 2013) has been filled with exciting events and tastings.

The day debuted with one of the most (I dare say the most) exciting tasting I have ever attended: a lineup of classic Rioja vintages, the youngest being 2001, going back all the way to 1959:

No tasting notes are necessary for such a lineup; being able to taste them is a rare privilege.

Then I was off to the next workshop, focused on elements of flavour: grapes. The discussions focused on the amount of intervention that the winemaker should have over the grapes, and what is the proper ” taste” of the grape. We have tested three samples of Rioja native grapes, not blended:

The permanent exhibition of Rioja producers kept me busy for the most part of the day. Just visiting each of the stands, discussing with the hosts and sampling wines can occupy many hours. Especially if you have top producers lined up: Beronia, CVNE, Marques de Murietta, Rioja Alta, Bodegas LAN, Concha yToro, and many others. I will dedicate a separate article just for the wines I have sampled.

The keynote speech during the plenary session featured two speakers: Clark Smith, author of Postmodern Winemaking, raised some point regarding some new paradigms of winemaking and wine communications. Please find below some random notes and points taken during the conference.

Winemaking is not „just cooking” 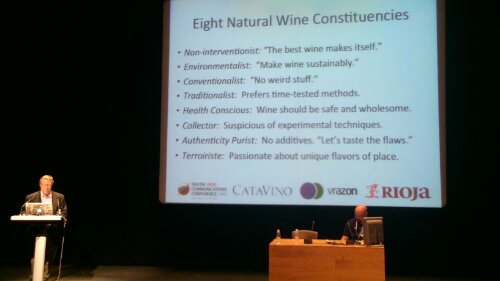 Small wineries are confused -profit or passion? Too many tech choices -borrowing from chemical industry

Honesty is too expensive? Misconceptions: the diversity paradox, blaming the tools, blaming the 100 points scoring system,
Natural wine stereotypes
How bloggers can change the world: tell what’s in the bottle, tell the real stories, choose your battles, use the universal language of flavours 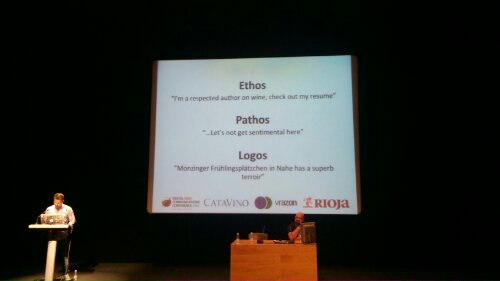 Arto Koskelo:
Wine missed the post modernity, still uses 19 century concepts and language. Being emotional borders being irrational = not worthy. Today’s wine communicators are informative but not entertaining. Soluon: bring wine to pop culture : emancipate from the no-flavour wine critic -sofisticated subjectivity. Bloggers= source of flavour in wine communication, facts are no lonfer as valuable as they used to be. 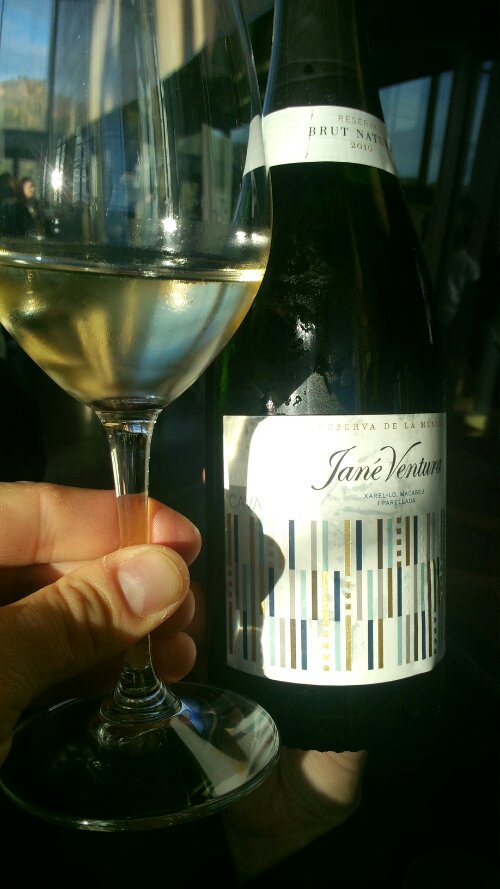 Many interesting points were raised during the two speeches, food for thought. After a refreshing glass (or two) of Jane Ventura cava, we gathered in the buses, leaving to have dinner in the middle of the vineyards.

Bodegas LAN were or hosts for the evening, providing a most exquisite gourmet dinner, along a breathtaking visit through the winery and the gigantic warehouse of barrels.