Music for the taste buds 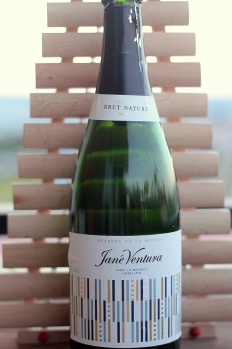 I really like the concept and labels of the „Reserva de la Musica” line of cavas from Jane Ventura (it’s pronounced „Hane”, not as in Jane-Tarzan, I found out recently). Many winemakers claim to have a special connection with the environment and spirit of the place, its cultural features and hidden meanings.  It is rare to find such coherence and unitary concept within the lines of products, especially from a winemaker.

Pau Casals was born in El Vendrell in 1876 and he was one of the greatest cellists of all time. His personality left an even greater impression than his achievements as a musician. He was a universal Catalan, with an unparalleled ability to transmit the value of music as a language of brotherhood. The Jané Ventura family has always been fascinated by his life and his thinking, and has an ongoing friendship with members of the Casals family as well as an interest in music. Aware of the importance of preserving and transmitting culture and heritage, Jané Ventura participates regularly in the sponsorship of cultural activities -sponsoring the Pau Casals International Musical Festival since 1995.; the Jané Ventura Gran Reserva Do Cava was presented at Barcelona’s Museum of Music.

The musical theme is present within the entire line of cavas -giving its name „reserva de la musica”, and featuring on the labels a sylized keyboard.

I have tasted some time ago the Reserva Rose, ordered online from decantalo.com. And I was more than happy to see that it is imported in Romania by Ethic Wine, where I had the opportunity to try the DO Gran Reserva 2008 (yes, DO stands for both Denominacion de Origen, and the first musical note…). I had yesterday the Brut Nature 2009, and, as you can see in the pictures, I tried to feature also a musical theme, with a wooden xylophone. 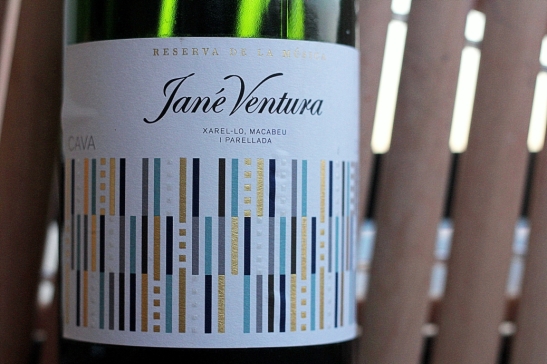 About the wine itself, there is little disagreement with the tasting notes posted on the site: good and even bubbles, very persistent even a long time after opening; rather delicate nose, a bit pungent reminding of anise and fennel. The taste is sharp and refreshing, with a citrus base and a fizzy finish. No summer heat wave can withstand the refreshing powers of a sharp cava!